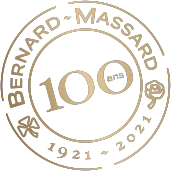 KEY DATES IN ITS HISTORY

Jean Bernard founded the Bernard-Massard company, in honour of his family name and that of his wife Anne Massard. After becoming a cellar master in the Champagne region, Jean returned to his native Luxembourg for love and business, armed with the know-how he had acquired in the prestigious houses of Reims and Epernay. He then set up the new company on the banks of the Moselle to produce sparkling wines according to the Champagne method (now known as the traditional method) which is still being employed today. In 1923, the company began to open up to the Belgian market, where it has been successfully exporting its wines ever since. 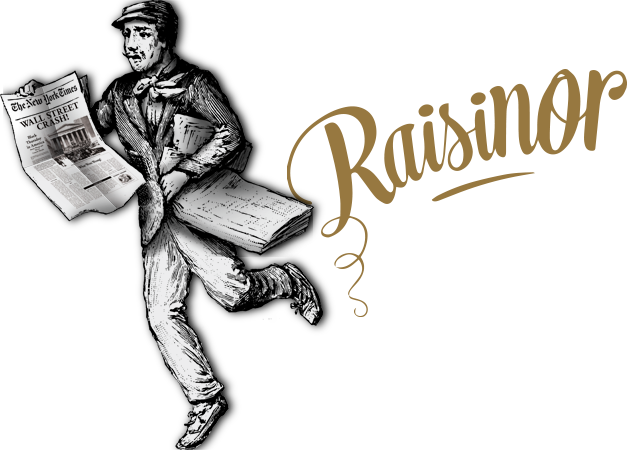 THE 1929 CRISIS AND THE LAUNCH OF RAISINOR

shook the company: difficulties arose with its cash flow and production. In 1933, with Joseph Clasen at its head, the company decided to diversify by introducing the production of grape juice. He created the Raisinor brand, which was sold as an 'effective cure', but also as a 'delicious hygienic drink, an incomparable diet drink, a food rich in vitamins and sugar, a health elixir, a natural remedy'. With Raisinor, Bernard-Massard managed to keep its head above water during these difficult times.

THE SECOND WORLD WAR AND ITS CONSEQUENCES

On the eve of the Second World War,

Bernard-Massard employed around 45 people, most of them workers, and produced 150,000 bottles of sparkling wine. When the war broke out, the company was hit heavily by the conflict. The buildings were severely damaged during the "Battle of the Bulge", partly by the American forces who had installed themselves there during the winter of 1944.
In the aftermath of the war, following the death of their father, Carlo and André Clasen joined the company and began putting it back on its feet. 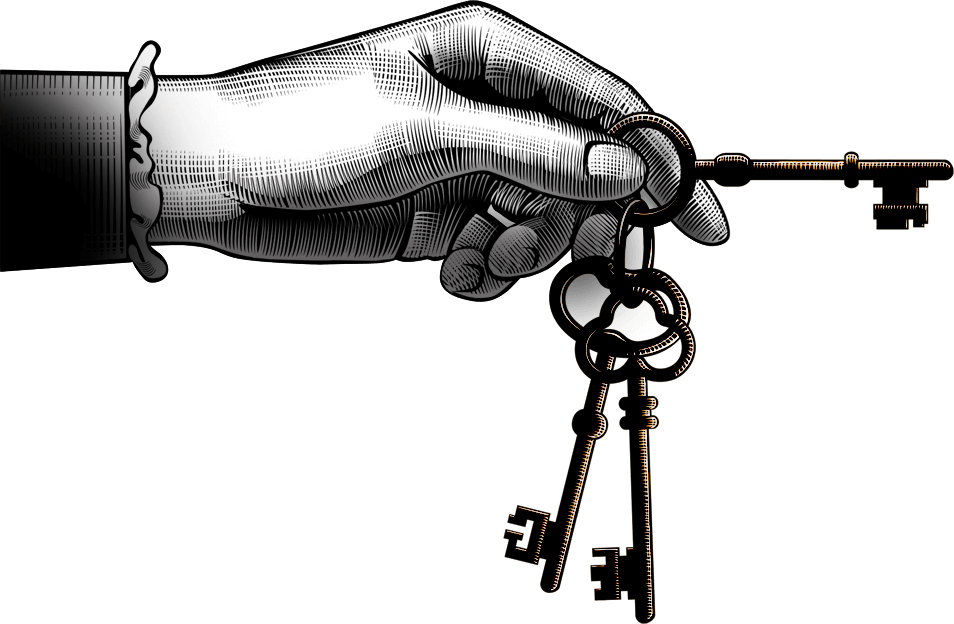 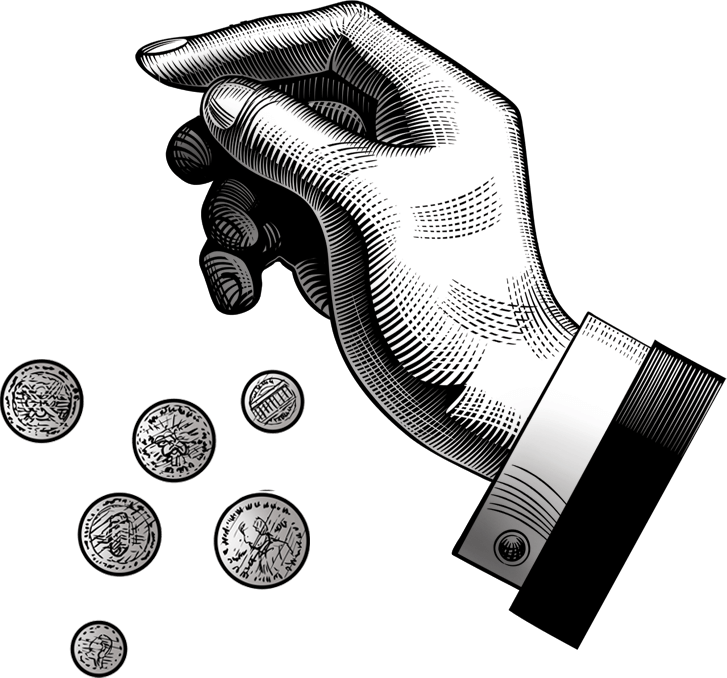 André Clasen died, so his brother Carlo, merely 33 years old, was left on his own with the difficult task to not only rebuild Bernard-Massard and boost its sales in Luxembourg and Belgium again, but also to modernise the installations. As early as 1960, major investments were made. New equipment was purchased, the cellars were extended and wine tourism was introduced. Gradually, the company began to recover, but experienced a further setback with the steel crisis in the mid-1970s. 1971 was nevertheless a memorable year, as it marked the company's 50th anniversary with the launch of the Cuvée de l'Ecusson which remains, until today, the company's flagship product. 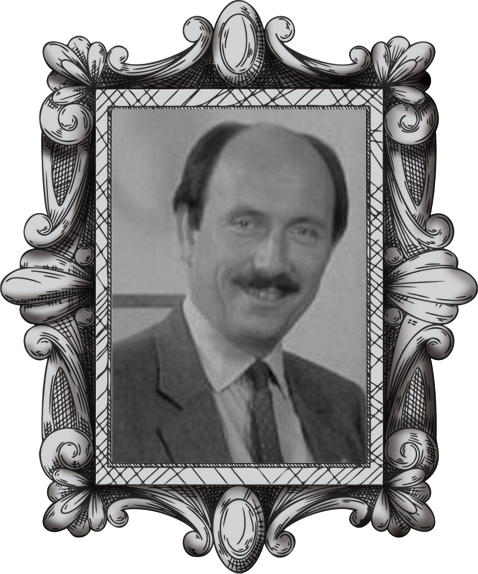 REBIRTH AND REORGANISATION IN THE 1980s

Carlo's son, Hubert Clasen, joined the company. In order to diversify its activities, Bernard-Massard created a trading business and began importing wines from prestigious foreign estates. At the same time, the estate changed the presentation of its cuvées. They were no longer portrayed as products reserved for special occasions only but rather as an aperitif made for all moments in life. The challenge was to make consumers, mainly Luxembourgish and Belgian at the time, trust that a quality sparkling wine could offer unbeatable value for money.

INTERNATIONALISATION IN THE 1990s

were a decade in which new markets have been explored.
In 1996, the company bought Château Fontesteau in Bordeaux through Bernard-Massard Trier and began selling its wines internationally. The same year, Bernard-Massard entered Finland, where its products now rank among the top ten best-selling wines. Two years later, the estate took on Quebec (Canada), which today represents its second largest export market after Belgium; in those two countries Bernard-Massard's wines would become increasingly successful over time.

Antoine Clasen, Hubert's son, joined the family business. Six years later, the Cuvée de l'Ecusson was voted best sparkling wine in its category by the prestigious English magazine Decanter. In 2018, the company invested in the modernisation of its production line, storage and viticultural equipment: these steps confirm its commitment for progress with the aim to capture the excellence of the wine world in the country and beyond its borders. Bernard-Massard launched its first organic wine in 2020, produced from organically grown grapes. The company then set itself the ten-year objective of investing more and more in sustainable viticulture, as nature itself is its most important resource. Today, the company exports its still and sparkling wines to numerous countries, including Belgium, the Netherlands, Finland, Canada, but also Norway, the United Kingdom, the United States, Russia, Japan, India as well as Eastern and Western Africa.

Get ready for the next episode! 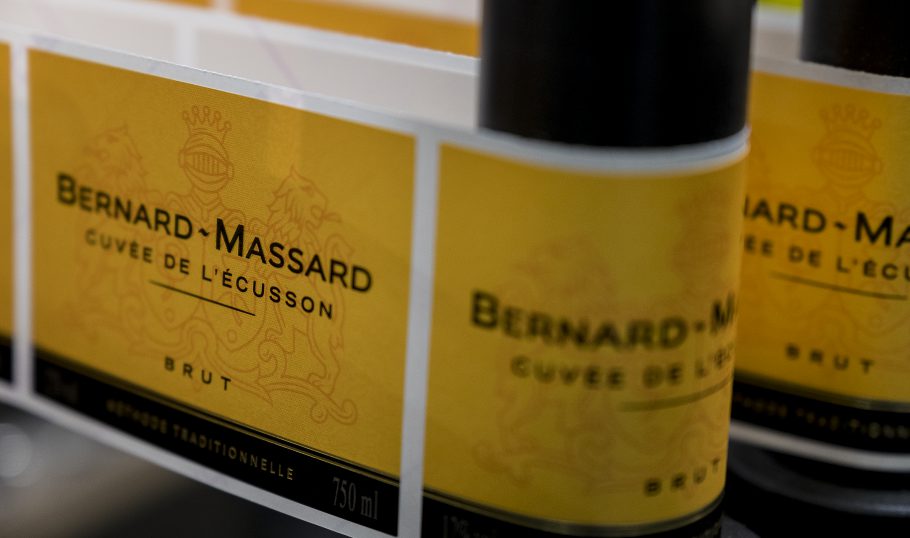 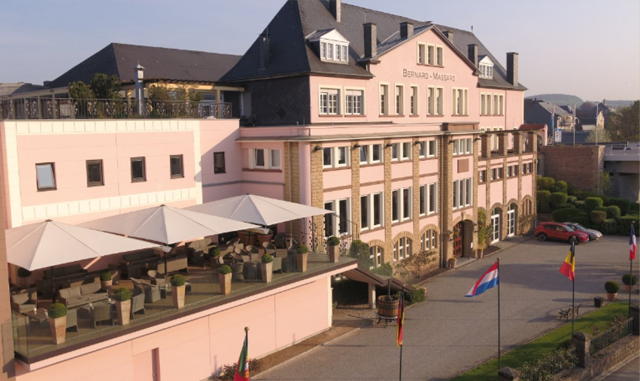 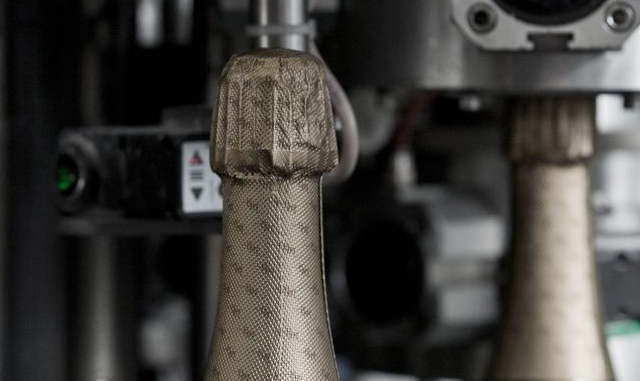 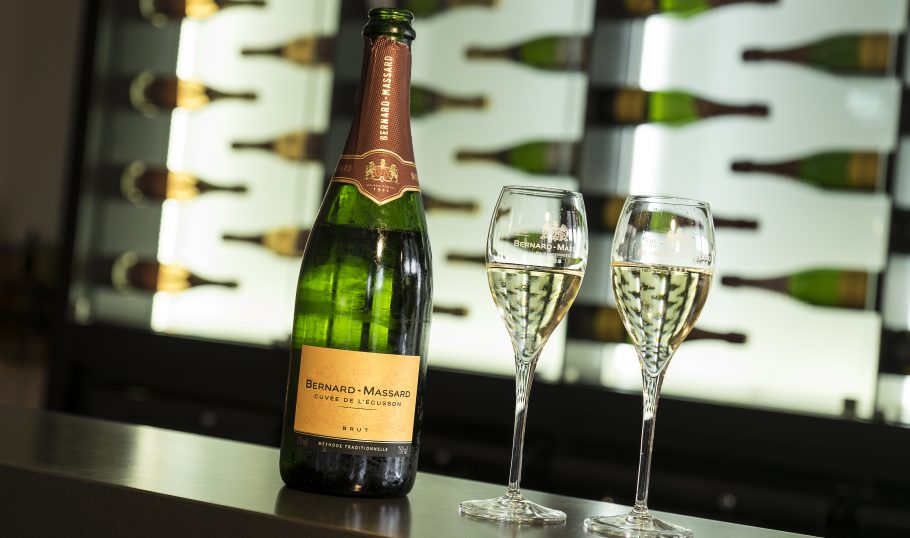 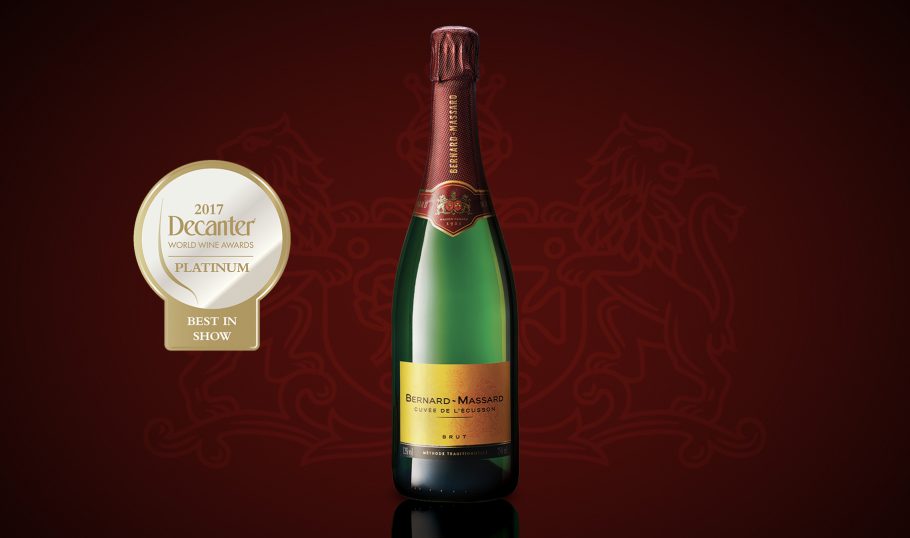 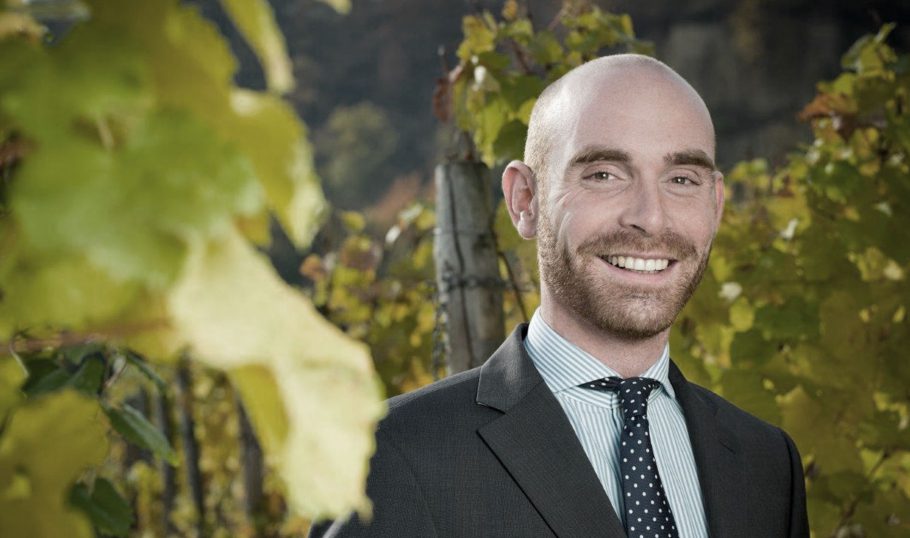 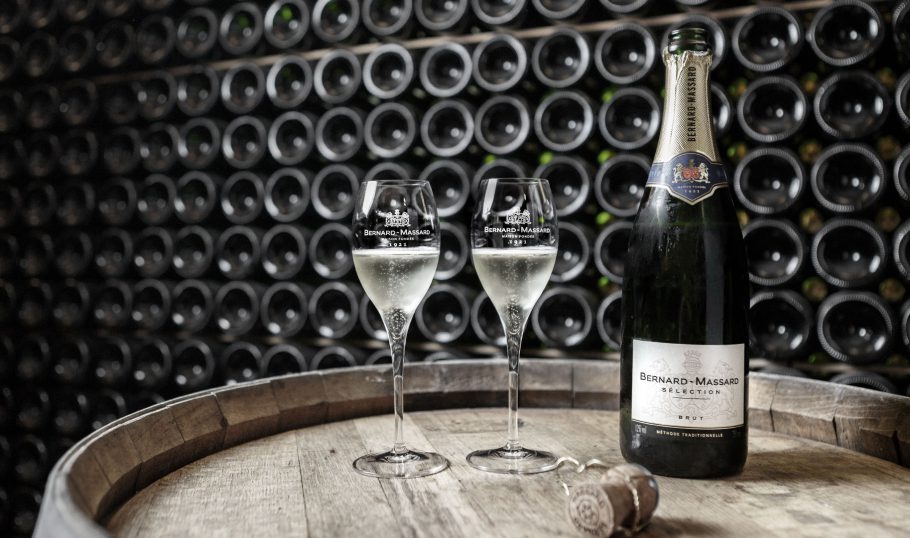 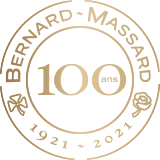 A CUVÉE TO CELEBRATE BERNARD-MASSARD'S CENTENARY

The Cuvée 1921, made from our best parcels, is a brilliant expression of our know-how. Its label features an illustration inspired by an old Bernard-Massard letterhead enhanced with symbols related to the history of the house.
It was designed by the Luxembourgish artist Anne Mélan.

THE 1929 CRISIS AND THE LAUNCH OF RAISINOR

THE SECOND WORLD WAR AND ITS CONSEQUENCES

REBIRTH AND REORGANISATION IN THE 1980S

INTERNATIONALISATION IN THE 1990S

To celebrate its 100th anniversary in 2021, Bernard-Massard organised the “100 years of emotions” competition, with numerous prizes to be won throughout the year. 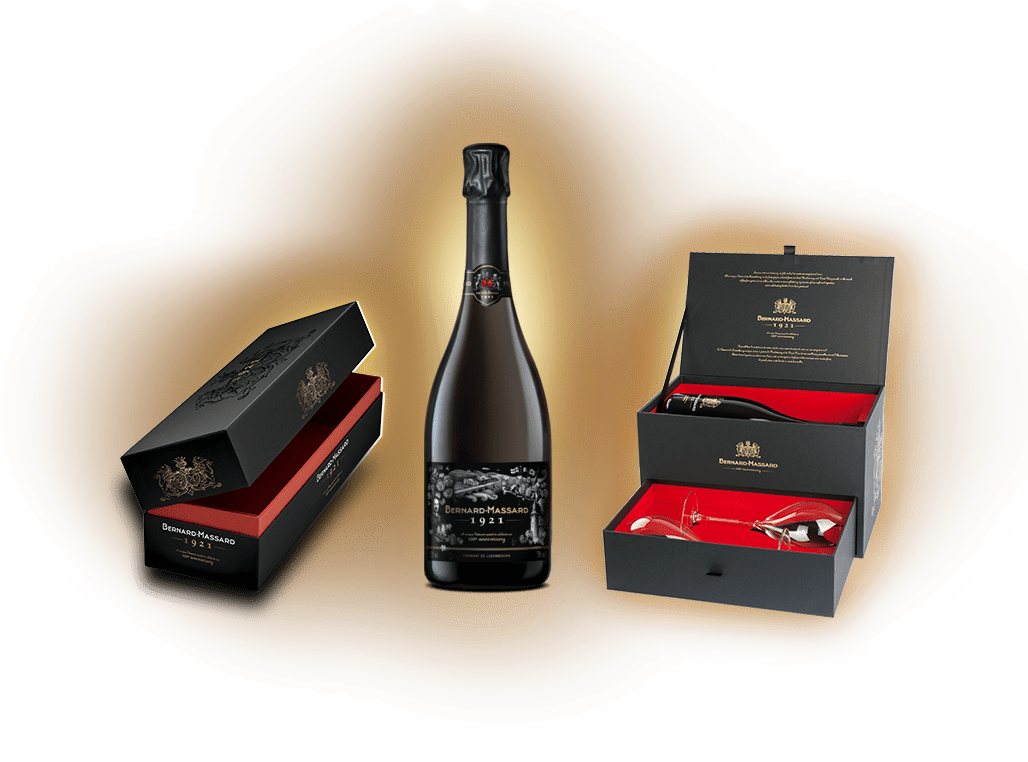